The Grandeur of Thermae Palace

A rich history, a prestigious project that came into existence at an idyllic location by the seaside
Explore
Ostend is the city where King Leopold I had a wooden chalet built on a deserted sand dune and where – in the Langestraat to be precise – the royal residence was located. It was King Leopold I who created a direct railway connection between Brussels and Ostend (1838) and approved of the official ferry line to Dover (1846), turning Ostend into an international traffic centre.

However, it was King Leopold II who transformed Ostend, his favourite place of residence, into the ‘The Queen of the Belgian seaside resorts’. The city was modernised and new buildings, such as the Casino Kursaal Ostend, the Hippodrome Wellington, the city theatre, the Sint-Petrus-en-Pauluskerk (Church of Saint Peter and Saint Paul) and the Royal Galleries, started to rise from the ground. Everything was ready in 1905, a year that later on – justifiably – became known as a golden year. In this period Ostend’s name as international seaside resort was permanently made and the city also became famous as centre for the arts. At the Kursaal many top artists performed for the European aristocracy.

One of the many projects of King Leopold II was the construction of a large thermal institute against the colonnade that he had built at the beginning of the century. In 1929 the plans of the French architects Flegenheimer, Bard and Garella together with those of André Daniels, architect from Ostend, for this so-called ‘Badenpaleis’ (‘Thermal Palace’) were approved of. The ‘Badenpaleis’ had everything a health and spa resort needed, including a Turkish bath, mud baths and massage rooms. A swimming pool and a luxurious hotel with various conference rooms were also erected. In 1933 the majestic Thermae Palace Hotel, in Art Deco style, was officially opened by King Albert I and Queen Elisabeth. Because of the unique combination of mineral water and seawater this health resort grew into one of the most important spas of the whole of Europe. Numerous noble families and even the shah and his retinue came to Ostend to try out the healing effects of the thermal baths.

The ‘Thermaal Instituut’ (Thermal Institute) suffered a lot from World Word II. After the war it was reopened as ‘Badenpaleis’ (Thermal Palace) and hotel. In the beginning of the eighties the ‘Thermaal Instituut’ was gradually run down. During the nineties the unique complex was completely renovated and the new Thermae Palace saw the light of day. A very important asset, especially in the light of the growing congress tourism.

The completely symmetrical structure of the building consists of 18 unique rooms of high standing for meetings, seminars, congresses and exhibitions as well as for receptions, parties and events with up to 1000 guests. 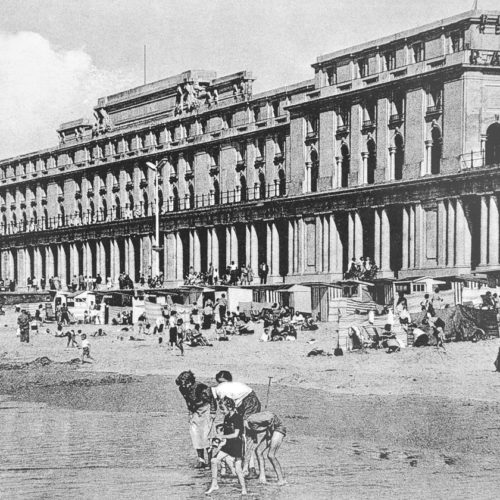 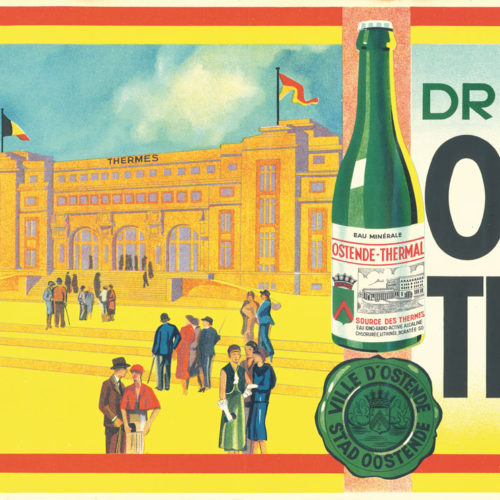 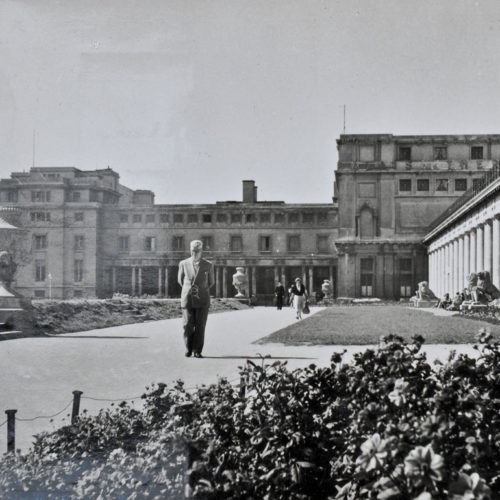 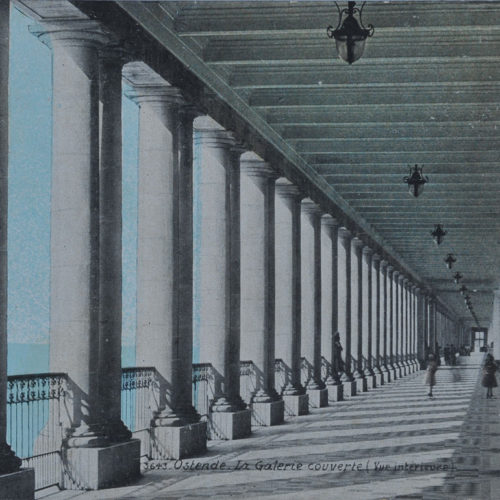 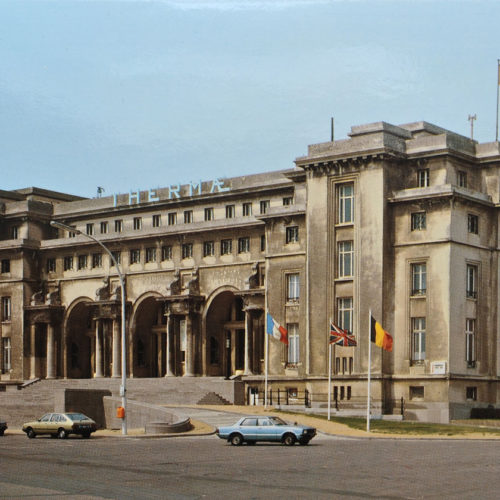 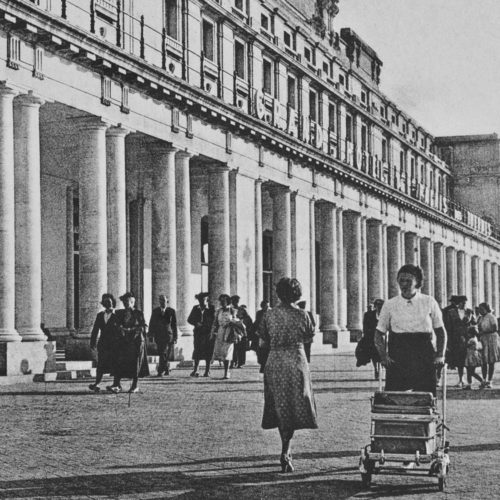 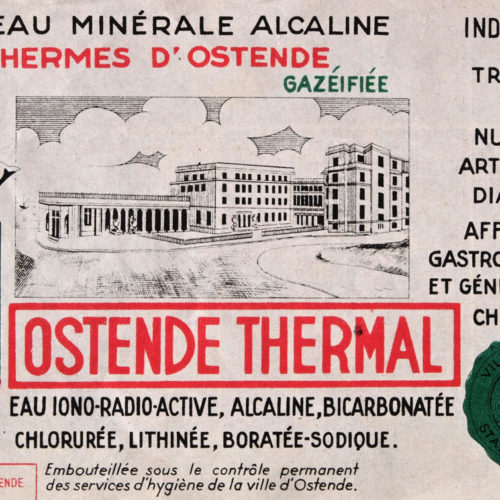 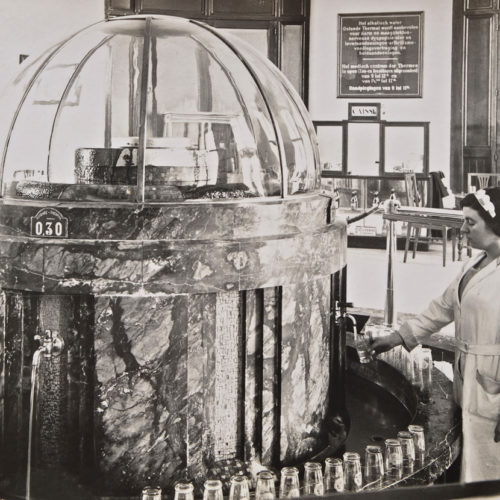 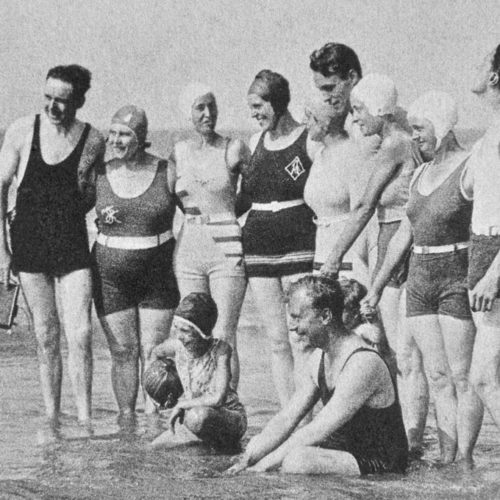 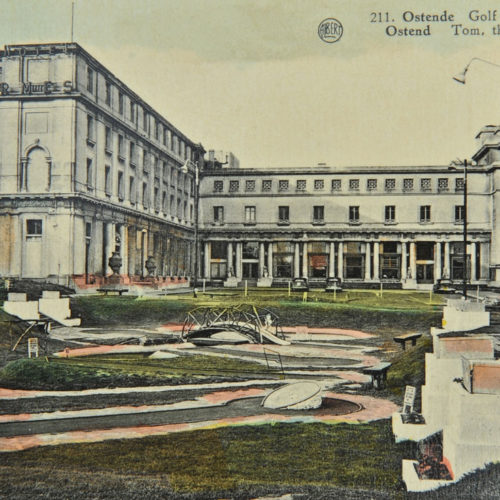 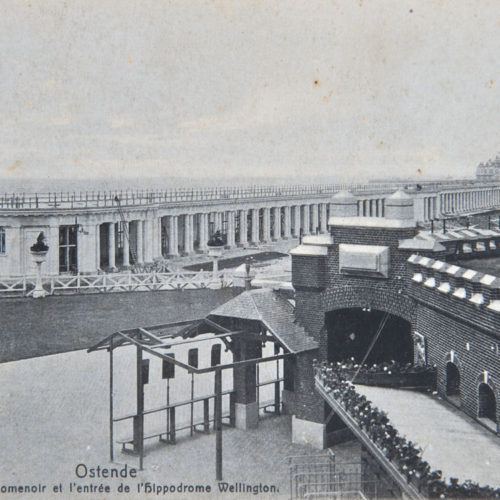 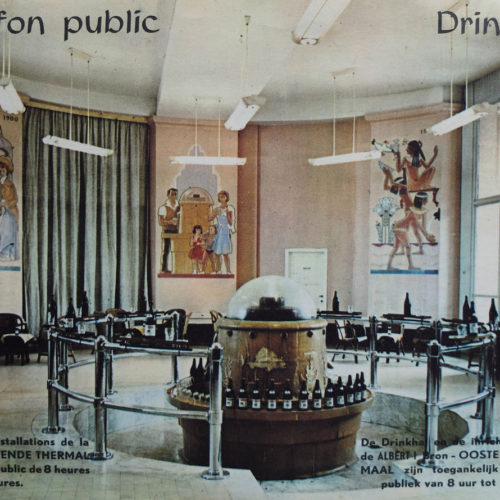